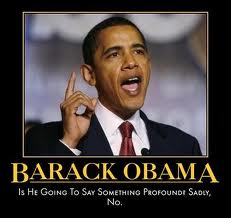 Albert Einstein correctly noted that the definition of insanity is “doing the same thing over and over again and expecting different results,” and yet the masses of everyday Black, White, Brown, Red, and Yellow people in the United States have been systemically duped into doing precisely this, as it relates to the Democratic and Republican parties. This is insane.

The power brokers of the corporate-owned Democratic and Republican parties have,together, contrived a system wherein they, and only they, control the reigns of political power, which translates into economic power over the lives of everyday people. On the one hand the Democrats co-opt the rhetoric of “change” and“reform,” while on the other hand, the Republicans utilize the rhetoric of restraint and so-called conservatism. Together, these parties keep the people of this nation trapped in a perpetual cycle of control, powerlessness, and concomitant insanity.

Change has incorrectly come to be perceived as somehow automatically a positive or a negative thing, when in fact, it is not necessarily either. But this is a deliberately systemically perpetuated misperception of “change” that keeps the everyday people of this nation swinging back and forth between the symbiotic Democratic and Republican parties – who rely upon each other to maintain the corrupt system – and in so doing, perpetuate their own power at the horrible expense of the ordinary people.

It is not that the people of this nation are stupid. They are not. Rather, they arestuck on stupid because they have been incessantly programmed and are mired deeply in the systemically maintained insane cycle of the back and forth pendulumof supporting Democrats and Republicans in a system that is completely rigged against their own needs and best interests. Notwithstanding, the unceasing misleading rhetoric of both the Democrats and Republicans serve, first and foremost, corporate interests – not the people’s interests. Thus, what Democrats and Republicans fallaciously depict as compromise is nothing of the kind. It is theirjoint complicity in the maintenance of a corrupt, filthy, unjust, hypocritical political system – plain and simple.

For example: To say the reason that the predator drone missile president Barack Obama, 1)supported the trillion dollar criminal bail out to Wall Street, 2) bombed Libya, North Africa, 3) signed into law the NDAA / indefinite detention law (of 2012) that calls for the disappearing and detaining in the United States of U.S. citizens without charge, trial, judge, jury, legal defense, etc. in an effort to appease and compromise with the Republicans, is akin to an admitted, unrepentant murderer seeking to justify and defend his or her act of murder, by stating that it was done in an effort to appease and compromise with other murderers. Such an argument would be correctly viewed as both absurd and insane. Yet, this is precisely the kind of ridiculous rationalization that supporters of Barack Obama and the Democrats attempt to make. Of course, the Republicans are absolutely no better, albeit they are often more brazen and obvious in their own forms of systemic insanity.

At this point and time in the year 2012, it is the stealthy Barack Obama and the Democrats who, particularly on the national level, act as the more insidious and thus more effective evil of the systemically and symbiotically-joined Democrat and Republican parties. Nevertheless, the Republicans are always waiting in the wings to carry out their treachery against ordinary everyday people, for that is the way the system is designed. So what must everyday people do? We must unequivocally reject both the Democrats and the Republicans and struggle to collectively bring about real systemic change. We must understand that “change,” in and of itself, is utterly meaningless if it is not serious and real systemic change.

It is time to break free from repeating “over and over again” the insanity of supporting either the Democrats or Republicans. It is time to support the everyday people of this nation and this planet of Mother Earth! Stop expecting the corporate-stream ‘news’ media to honestly inform you and tell you the truth. It will not! It exists to serve the interests of its corporate masters, just as the Democratic and Republican parties do. Stop confusing “reform” with progress. Re-forming a rotten, poisonous systemic pie does nothing whatsoever to improve the pie. It remains a rotten, poisonous systemic pie and it must be discarded, and an entirely different one created.

We don’t have to be stuck on stupid. Systemic change will only be brought about bywe, the everyday ordinary people, not by the systemic, corporate-owned, opportunist, blood-sucking, Democratic or Republican parties.

Let us collectively and creatively organize, agitate, educate, and organize some more! No matter what Democrats or Republicans are installed in the upcoming national corporate controlled (s)elections of 2012, our task is to stay focused on bringing about real systemic change, and absolutely nothing less. Nothing less will suffice for the peoples of this nation and world who hunger and thirst for social, economic, and political liberation. Nothing less will do!

Onward, then, my sisters and brothers. Onward.