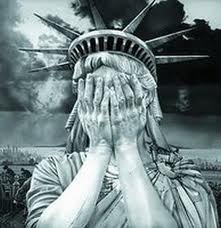 “What matters is not to know the world but to change it.”—Frantz Fanon

Subterfuge, which is the strategy of deception and deceit, is now the very basis of and for the policies and practices of the corporate-owned U.S. crime syndicate, known as this nation’s government. Nothing, absolutely nothing,that this government and its servile puppet—the corporate-stream ‘news’ media disseminates—can or should be wholly believed.

Unfortunately, there is also even a segment of the so-called ‘alternative’ U.S. media that is surreptitiously acting as a fifth column of dissemination for the propaganda of the U.S. government’s endless distortions, omissions, and subterfuge. The approach to news and analysis by this particular segment of the allegedly ‘alternative’ media is to gain the confidence of its unsuspecting viewers and/or listeners, as being ‘progressive’ and unbiased, in order to parrot (using slightly different rhetoric) essentially the same fallacious propaganda as the corporate-stream media. Moreover, this segment of the so-called ‘alternative’ media always stops short in its analyses and of calling forunequivocal and total systemic change, and cannot be trusted on the domestic or international levels because, notwithstanding its repackaged rhetoric, it hasprimarily the same agenda as does the government and much of the corporate-stream media. Only its style of presentation is different. It is, in fact, no real alternative at all.

Everyday ordinary Black, White, Brown, Red, and Yellow people in the U.S. have been deluged for so long with subterfuge and stealth by corporations, the corporate-owned government, and the corporate-stream media that it is a daily challenge to separate informed facts from fiction. Nevertheless, this is precisely what we ordinary people must do—separate informed facts fromfallacious, debilitating fiction.

The subterfuge and disinformation on the part of the corporate-owned U.S. government and its minions has had, and continues to have, disastrous consequences on the daily lives of struggling everyday people in this nation and throughout Mother Earth.

The vicious frame-ups, entrapments, and wrongful imprisonments, etc., of and by the U.S. government’s infamous Counter Intelligence Program [i.e. COINTELPRO] continue today and has now been legally codified in the so-called ‘PATRIOT’ Act and the NDAA (otherwise known as the National Defense Authorization Act). There is no action too loathsome, too dastardly, or too amoralfor the corporate crime syndicate U.S. government (and/or its agents) to engage in, in order to ‘neutralize’ political dissent, political dissenters, and a genuine everyday people’s ‘democracy’ in the United States itself.

Barack Obama’s numerous bloody predator drone missile strikes, his unconstitutional military attacks on sovereign nations, and his ‘kill list’ are indications of precisely how this nation’s corporate-owned government operates (both internally and externally); and it is, in fact, non-transparency, lies, and subterfuge that are the order of the day. Instead of running for re-election (i.e., corporate re-installment as the chief executive of the U.S. Empire), he should be being impeached and prosecuted for 1) abrogating the U.S. Constitution and international law and 2) for crimes against humanity. But it is subterfuge and U.S. corporate-government propaganda and injustice, on the part of both Democrats and Republicans alike, that has now blatantlybecome the so-called ‘American Way.” It is unacceptable—utterly and totally—unacceptable.

Joblessness, underemployment, home foreclosures, homelessness, corporate hegemony, and political prisoners in the United States are among the burning issues of our time, but subterfuge, perpetual war/s, endless lies, and corporate media distractions are the scandalous diet fed to the everyday struggling people of this nation. This cannot continue.

We ordinary everyday people have a choice. We will either allow ourselves to be perpetually economically, socially, and politically pimped and enslaved into oblivion or we will collectively organize and resist. The choice should be obvious. We must set aside our differences for the common good of this nation and this precious planet, Mother Earth. To do otherwise would be treason against ourselves, our posterity, and humanity as a whole. Let us remember the words of the late Bobby Sands: “Our revenge will be the laughter of our children.”

No more subterfuge! No more lies! No time to mourn! It’s time to educate, agitate, and organize—collectively!

Each one, reach one. Each one, teach one. Onward, then, my sisters and brothers! Onward!