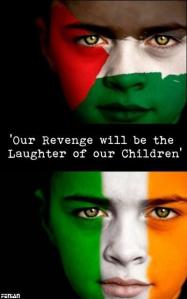 Venezuelan President Hugo Chavez has condemned Israel’s recent assault on the Gaza Strip as “savage”, and called for an end to “aggression” against the Palestinian people.

“Another aggression against the Gaza strip has begun. Savage, savage: the State of Israel bombing the Gaza Strip again,” said Chavez to ministers yesterday in reference to Israel’s ”Pillar of Cloud” airstrike campaign against the Palestinian territory.

Israel began its offensive on Wednesday by killing the military chief of the Palestinian organisation Hamas. Agencies report that 28 Palestinians and 3 Israelis have died in the conflict so far, with a further 250 Palestinians wounded.

The Venezuelan president argued that the Israeli operation is occurring “because the [Palestinian] president Mahmoud Abbas has insisted that he’s going to request, once again, the entrance of Palestine as a full member state of the United Nations”.

Mahmoud Abbas submitted a renewed request for Palestine’s full UN membership in September. Chavez referred to the proposal as a “realistic vision…however the response [from Israel] is this”.

“Because of that, we ask for a world of peace…[where] aggression against Syria, Palestine, and the peoples of the world stops,” he continued.

At the beginning of this week, Venezuelan Vice President Nicolas Maduro confirmed that Venezuela would vote in favour of Palestine’s full membership in the UN General Assembly.

“We accompany the Palestinian people in all their struggles. In this scenario of the UN our voice and our vote will be there,” Maduro said.

The vice president also emphasised Venezuela’s support of “the long march of the Palestinian people towards full recognition of having a state, as an independent nation, the right to peace, and their ancestral territories”.

The Chavez administration has been a strong supporter of the Palestinian cause in its conflict with Israel. In 2009 Venezuela broke relations with Israel in response to its Cast Lead assault on the Gaza Strip, accusing Israel of “state terrorism” which had “cost the lives of the vulnerable and innocent: children, women, and the elderly”.

In 2011, Venezuela supported Palestine’s attempt to be recognised as an independent state by the UN, with pro-Palestine demonstrations held around the country. Chavez also wrote a personal letter to the UN General Secretary advocating Palestinian statehood and criticising the “barbarism” of Israeli policy toward the Palestinian people.

This article first appeared on VeneuelaAnalysis.