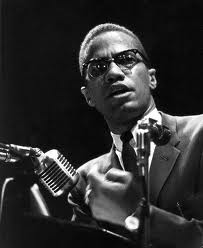 Due to the hypocrisy, subterfuge, and economic & political oppression by the U.S. corporate-owned government – which is consistently aided and abetted by the U.S. corporate-stream media – the human rights and civil liberties of everyday ordinary Black, White, Brown, Red, and Yellow people in this nation and around the world are being systematically trampled on a scale never before witnessed in this 21st century.

The brutality of corporate domination, home foreclosures, homelessness, judicial injustice, mass incarceration at home, and perpetual U.S. wars of terror abroad have increased to a fever pitch in this year of 2013. The terrorist U.S. prison gulag known as Guantanamo continues functioning unabated under the leadership of the NDAA signing, ‘Kill List,’ predator-drone missile U.S. president, Barack Obama. The police departments throughout the United States are being increasingly militarized, and the everyday people increasingly brutalized. As the avaricious Wall Street corporate elite (under the leadership of its Trojan Horse head of the U.S. Empire) grows richer the everyday people grow poorer and more trodden upon economically, politically and socially. This of course is by systemic design not coincidence.

Despite the constant subterfuge, distractions, and obfuscation by the corporate-stream media and the systemic gatekeepers of this corrupt corporate-owned political system, the pain and legitimate rage of struggling everyday people increases exponentially. An example of this legitimate pain and rage on the part of ordinary people in this nation is amply demonstrated in the short May 23, 2012 video from Oakland, California (titled ’BellaEiko speaks truth, pain, and rage to power‘) which expresses the growing unwillingness on the part of everyday people to accept the callousness, subterfuge, hypocrisy, and oppression of this rotten and corrupt U.S. political system. Though the corporate-stream media will not honestly or forthrightly inform you of this increasing legitimate rage, the fact is that ordinary people of all colors and both genders are becoming increasingly fed-up with both the veiled and overt repression by this corporate-owned U.S. political system. The legitimate rage of the people will not be denied!

The systematically-adorned gatekeepers of both the Democrat and Republican parties – including some so-called anti-war ‘peace’ activists and organizations in this nation – continue to support the bloody outrages of Barack Obama and his ilk, even as they make high-sounding speeches and sell their books – which serve to distract and pimp the terrible pain of everyday Black, White, Brown, Red, and Yellow people. These persons (irrespective of their color or gender) have a de facto vested interest in the continuation of what Malcolm X referred to as “the system of exploitation.”

It is of enormous significance that Ppnews (Political Prisoner News) in a recent statement under the heading, Obama Shuts Down Office In Charge of Guantanamo Resettlement Efforts, noted, in relevant part, the following:

“The office of the special envoy in charge of closing the prison at Guantanamo Bay has been shut down, the Obama administration has announced. Coming almost exactly four years after the President promised to close the prison within a year, this move effectively signals the end of Obama’s attempts to help with resettlement of those men still held.

A statement quietly released on Friday [January 25th] afternoon by the State Department stated that special envoy Daniel Fried had been reassigned, his office closed, and his responsibilities around Guantanamo given to the already overstretched State Department legal adviser…

Hilary Stauffer, Reprieve’s Deputy Legal Director, said: “Yunnus Chekkouri, Abu Wa’el Dhiab, Nabil Hadjarab and all the other men who are being held with neither charge nor trial have just been completely abandoned by the Obama administration. By closing Ambassador Fried’s office the President has broken his promise to close the prison and shattered the hope that these men might ever be able to leave. Government resources necessary for closing Guantanamo must be in place and have the authority to negotiate transfers with potential host governments.”

This is yet another indication that Obama and the corporate-owned U.S. government’s so-called ‘war on terror’ is in reality a war of terror being carried out by the U.S. corporate/military elite against the people of this nation and world. It is also a clear signal to people throughout Mother Earth that the U.S. government has no genuine commitment to human rights at home or abroad. Obama – the Trojan Horse – strikes yet again and people in this nation and around the world have, of necessity, every right to legitimate rage.

The aspirations, needs, and will of everyday people cannot be forever stifled. They cannot forever be deferred and denied! The numerous political prisoners, including Leonard Peltier, Mumia Abu-Jamal, Lynne Stewart and so very many others being held right here in the prison gulags inside the United States are reminders of the fact that this government (and its organizational and individual accomplices) will utilize any and every dastardly tactic to viciously frame, discredit imprison and/or kill those who stand up to, and seek to expose, its hypocrisy and injustice. Nevertheless, we the people have the power of the truth of millions upon millions of everyday people on our side. In the words of the late poet Langston Hughes, “What happens to a dream deferred?” Ultimately, the legitimate rage and power of the people will “explode” and bring about a new, more humane and just model of human interaction. This is what this long and protracted people’s struggle is really all about. And this is what will, in the final analysis, prevail.

So remember: Each one, reach one. Each one, teach one. Despite the formidable obstacles, all justice and peace-loving people are in this struggle TOGETHER! Onward, then, my sisters and brothers. Onward – towards a new day!