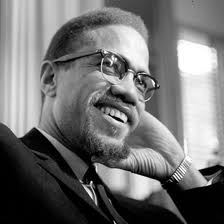 “Of all our studies, history is best qualified to reward all research.”

Everyday ordinary Black, White, Brown, Red, and Yellow people have achieved many important and enormous social, economic, and political people’s victories in the U.S. and throughout Mother Earth. Some of these victories are brilliantly described by the late, great, people’s historian Howard Zinn in his book, A PEOPLE’S HISTORY OF THE UNITED STATES.

The elite power brokers who control the U.S. government and the corporate-stream media utilize their minions throughout the social, economic, and political strata – including in so-called ‘educational’ primary and higher institutions of ‘learning’ – to hide, distort, and/or erase hard won victories by ordinary everyday people. In the words of Steve Biko: “The most potent weapon in the hands of the oppressor is the mind of the oppressed.” And the elite power brokers who control this economic/political system are indeed “oppressor[s]”whose continued avaricious existence is based upon their ability to perpetually control and otherwise manipulate the flow of historical and contemporary information. When Harriet Tubman said that she “could have freed a thousand more [slaves] – if only they knew they were slaves” – she was referring to the fact that many people’s minds were, and remain today, so utterly controlled. Many everyday people of all colors do not know, learn from, understand, or apply their own magnificent collective history of struggle and past victories. This lack of knowledge did not happen by osmosis. It is a systemically manufactured ignorance – which ignorance serves the interests of the systemic power elite – not those of ordinary people. Moreover, any people who are successfully kept ignorant of their historical victories are, by default, also ignorant of their present mental chains and of their current potential for enormous collective power in order to bring about serious and real systemic change. This can and must be corrected by we – ordinary everyday people.

Many, if not most, contemporary so-called ‘scholars’ and historians are actually systemic gatekeepers for the power elite. Their role is to stealthily frame, present, and perpetuate the historical and contemporary social, political, and economic narrative of the systemic power elite – not of the ordinary people. Thus, ordinary people (nationally and globally) are kept woefully ignorant of the true nature of their past and current victories so that these unknown people’s victories will not be applied and creatively expanded upon today. In other words, the ordinary people are being perpetually dis-empowered by these systemic gatekeepers who masquerade as scholars, historians, and educators, etc. History is useless if it is not known.

The people’s historian Howard Zinn put it this way:

“My viewpoint, in telling the history of the United States, is different: that we must not accept the memory of states as our own. Nations are not communities and never have been. The history of any country, presented as the history of a family, conceals fierce conflicts of interest (sometimes exploding, most often repressed) between conquerors and conquered, masters and slaves, capitalists and workers, dominators and dominated in race and sex. And in such a world of conflict, a world of victims and executioners, it is the job of thinkingpeople, as Albert Camus suggested, not to be on the side of the executioners.”

There is, to be sure, a global human family – but this family is not bound or determined by national boundaries (as the power elite would have us believe) – but rather by our collective humanity. And the national and global corporate/military power elite have repeatedly demonstrated that they lost their humanity long ago. Thus, their need to control the historical and contemporary narrative – and repress, distort, and/or erase the victories and history of everyday ordinary people – who in fact remain in “conflict” with them.

When it is told or implied to us that we ordinary people cannot possibly accomplish a task in pursuit of social, economic and political justice – it is then that we must be even more certain that we can do this. We must neveraccept the narrative of the power elite or their systemic gatekeepers. Your writer learned this valuable lesson first-hand: When the U.S. and Canadian governments colluded to brutally and unjustly imprison me – even as they simultaneously denied me the ability to legally defend myself against their outrageous assertions – the historical words of Malcolm X constantly stayed in my mind, when he said, in relevant part, “But the United Nations has what’s known as the charter of human rights; it has a committee that deals in human rights. You may wonder why all of the atrocities that have been committed in Africa and in Hungary and in Asia, and in Latin America are brought before theUN, and the Negro problem is never brought before the UN. This is part of the conspiracy…They keep you wrapped up in civil rights. And you spend so much time barking up the civil-rights tree, you don’t even know there’s a human rights tree on the same floor…” Thus, I made up my mind in prison that somehow, some way, I would take this matter to the UN. Upon learning that I intended to self–author my case to the United Nations, I was unceasingly mocked and ridiculed by prison officials, by lawyers, and even sometimes by some (brainwashed) fellow prisoners who all echoed the same paraphrased sentiment of: “Surely you don’t think that the United Nations will accept your case. You’re not anybody important and you’re not even a lawyer. The UN won’t accept your case, much less, make an official ruling in your favor! You’re just making a fool of yourself Pinkney!” Nevertheless, I remembered the words of brother Malcolm X, and I had studied the people’s history, and I knew that ordinary everyday people had the ability and the obligation to attempt to dowhat was said to be impossible – so that one day the impossible would become not only possible but irrefutably achieved. So through those years of often very brutal imprisonment I pressed on. The United Nations did accept my self-authored case, and ultimately did in fact make a landmark ruling under international law that I had been violated, via application of Article 14 (3) (c) and Article 14 (5) of the International Covenant On Civil And Political Rights. This was and remains an important PEOPLE’S VICTORY! Moreover, various aspects of this successfully self-authored [case] to the United Nations, are being utilized to this very day in countries throughout the world. Nevertheless, the above-described UN victory, like so many other everyday people’s victories is generally unknown to many ordinary everyday people, because it has been hidden, distorted, and/or repressed by systemic gatekeepers masquerading as scholars, historians, and educators etc. If we don’t know what we ordinary people have already achieved – it becomes virtually impossible toexpand upon these victories and collectively & creatively move forward – in order to achieve even greater social, economic, and political people’s victories.

It is imperative that we ordinary everyday people discover and reclaim our many victories in this nation and around the world. The national and global power elite must not be allowed to continue to hide, distort, and/or erase our many hard won people’s victories. Too much is at stake! Let us remember the words of Malcolm X: “Of all our studies, history is best qualified to reward all research.”

Everyday ordinary Black, White, Brown, Red, and Yellow people must once again collectively seize the time, understand and reclaim our historical victories, and in so doing, change the course of history. The contemporary and historical narrative belongs to we, the ordinary people – not to the systemic corporate/military power-elite bloodsuckers – who hide and distort the truth of our past and current struggles.

There is much work to be done and many minds to awaken as the struggle continues.