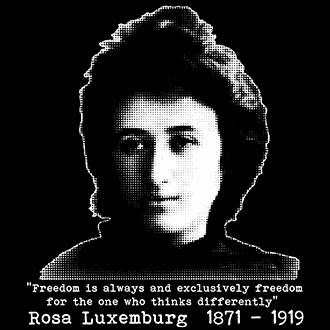 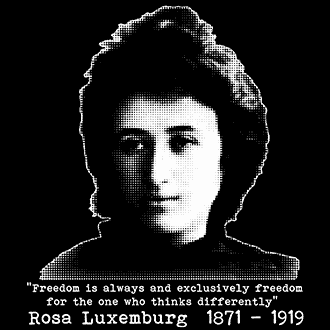 “Freedom is always and exclusively freedom for the one who thinks differently.”—Rosa Luxemburg

Whenever the U.S. corporate/military government, and its corporate-stream media propaganda arm, seek to discredit persons who do not accept their packaged narrative of past and present events, it describes such persons as so-called ‘conspiracy theorists.’

Ironically, the United States itself came into being as a nation, due to a successful ‘conspiracy’ against the British crown. And of course the British Empire referred to those rebellious colonists as ‘terrorists.’ Sound familiar?

What is even further ironic is the reality that the U.S. today, in this 21stcentury, is an Empire with over 800 military bases throughout the world. And this Empire is engaged in perpetual wars and/or military incursions throughout Mother Earth. This is of course a gigantic, ongoing, and active conspiracy against not only the everyday Black, White, Brown, Red, and Yellow people inside the United States, but against the ordinary people of the world.

The actual conspirators are the corporate/military power elite of this 21stcentury U.S. Empire, in conjunction with their global puppets. Yet, those who question the legitimacy of this Empire’s actions are depicted and/or described as ‘conspiracy theorists,’ malcontents, and of course ‘terrorists.’

However, in this year of 2013, even as the U.S. government continues to engage in coups/’regime changes’ and wars of aggression against sovereign nations, there is a very real and active conspiracy right here in this nation between the Wall Street elite-the military elite-the leadership of the Democrat and Republican parties-and the corporate-stream media to distract, hoodwink, politically pimp and economically blood suck the ordinary people in the United States.

Critically-thinking people in the United States, who dare to question and research for themselves are considered to be, and treated as, subversive pariahs by the power elite. This is because the U.S. elite is fully aware of thepotential and power of critical thought. And conspiracies cannot be as effective or successful if they are discovered, exposed, and known. Nonetheless, the conspiracy being carried out against ordinary people in this nation is one being carried out almost in broad daylight—but seen and understood by very few—due to incessant corporate-stream media distraction and disinformation.

None of the above described realities are mere theories, conspiratorial or otherwise. Rather, the unsubstantiated “theories” can be found in such egregious nonsense as the fake U.S. claim pertaining to Iraqi ‘weapons of mass destruction’ and Barack Obama’s fake promises to close Guantanamo and end the U.S. war in Afghanistan. Meanwhile, there is also nothing whatsoever that is fake or theoretical about Obama’s draconian NDAA indefinite detention law (provision 1021) and his outrageous and murderous ‘Kill List.’ These are very real conspiracies by the corporate/military power elite against the people of the United States and the world.

There is nothing mythical about the above described conspiracies, no matter what the U.S. power elite propagates. Remember the poignant words of Rosa Luxemburg, when she said, “Freedom is always and exclusively freedom for the one who thinks differently.” So never be intimidated by the smug ignorance on the part of those who banter the term ‘conspiracy theorists’ at the expense of paying attention to very real and deadly conspiracies. Be critical thinkers, conduct your own research, and come to your own conclusions.