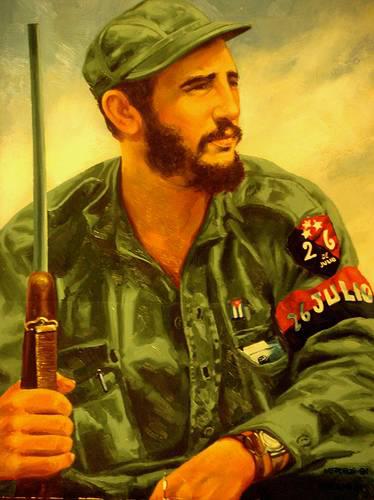 “If Mr. Kennedy does not like socialism, well we do not like imperialism! We do not like capitalism! We have as much right to protest over the existence of an imperialist-capitalist regime 90 miles from our coast as he feels he has to protest over the existence of a socialist regime 90 miles from his coast….Rights do not come from size. Right does not come from one country being bigger than another. That does not matter. we have only limited territory, a small nation, but our right is as respectable as that of any country, regardless of its size. It does not occur to us to tell the people of the United States what system of government they must have. Therefore it is absurd for Mr. Kennedy to take it into his head to tell us what kind of government he wants us to have here. That is absurd. It occurs to Mr. Kennedy to do that only because he does not have a clear concept of international law or sovereignty. Who had those notions before Kennedy? Hitler and Mussolini!…