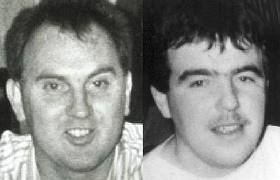 On this day in 1990 IRA volunteers Martin McCaughey and Dessie Grew were murdered in a shoot to kill operation by British Forces. Both men were unarmed and their murders have long been highlighted by campaigners against the British state’s shoot to kill policy in Ireland. Their families continue to campaign to uncover the truth behind their murders.