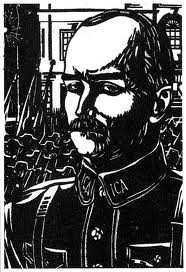 The British state media is reporting that Sinn Fein is about to vote in favour of diamond jubilee events for Betty Battenburg. It reminded me of Connolly’s quote about similar events for Victoria’s diamond jubilee being a ‘Feast of Flunkeyism’, so I looked the article out and it is definitely worth reading again. Although written in 1897 it could be been written yesterday.

“The great appear great to us, only because we are on our knees:
LET US RISE.”

The loyal subjects of Victoria, Queen of Great Britain and Ireland, Empress of India, etc., celebrate this year the longest reign on record. Already the air is laden with rumours of preparations for a wholesale manufacture of sham ‘popular rejoicings’ at this glorious (?) commemoration.

Home Rule orators and Nationalist Lord Mayors, Whig politicians and Parnellite pressmen, have ere now lent their prestige and influence to the attempt to arouse public interest in the sickening details of this Feast of Flunkeyism. It is time then that some organised party in Ireland – other than those in whose mouths Patriotism means Compromise, and Freedom, High Dividends – should speak out bravely and honestly the sentiments awakened in the breast of every lover of freedom by this ghastly farce now being played out before our eyes. Hence the Irish Socialist Republican Party – which, from its inception, has never hesitated to proclaim its unswerving hostility to the British Crown, and to the political and social order of which in these islands that Crown is but the symbol – takes this opportunity of hurling at the heads of all the courtly mummers who grovel at the shrine of royalty the contempt and hatred of the Irish Revolutionary Democracy. We, at least, are not loyal men; we confess to having more respect and honour for the raggedest child of the poorest labourer in Ireland today than for any, even the most virtuous, descendant of the long array of murderers, adulterers and madmen who have sat upon the throne of England.

During this glorious reign Ireland has seen 1,225,000 of her children die of famine, starved to death whilst the produce of her soil and their labour was eaten up by a vulture aristocracy, enforcing their rents by the bayonets of a hired assassin army in the pay of the –best of the English Queens’; the eviction of 3,668,000, a multitude greater than the entire population of Switzerland; and the reluctant emigration of 4,186,000 of our kindred, a greater host than the entire people of Greece. At the present moment 78 percent of our wage-earners receive less than £1 per week, our streets are thronged by starving crowds of the unemployed, cattle graze on our tenantless farms and around the ruins of our battered homesteads, our ports are crowded with departing emigrants, and our poorhouses are full of paupers. Such are the constituent elements out of which we are bade to construct a National Festival of rejoicing!

Working-class of Ireland: We appeal to you not to allow your opinions to be misrepresented on this occasion. Join your voice with ours in protesting against the base assumption that we owe to this Empire any other debt than that of hatred of all its plundering institutions. Let this year be indeed a memorable one as marking the date when the Irish workers at last flung off that slavish dependence on the lead of ‘the gentry,’ which has paralysed the arm of every soldier of freedom in the past.

The Irish landlords, now as ever the enemy’s garrison, instinctively support every institution which, like monarchy, degrades the manhood of the people and weakens the moral fibre of the oppressed; the middle-class, absorbed in the pursuit of gold, have pawned their souls for the prostitute glories of commercialism and remain openly or secretly hostile to every movement which would imperil the sanctity of their dividends. The working class alone have nothing to hope for save in a revolutionary reconstruction of society; they, and they alone, are capable of that revolutionary initiative which, with all the political and economic development of the time to aid it, can carry us forward into the promised land of perfect Freedom, the reward of the age-long travail of the people.

To you, workers of Ireland, we address ourselves. AGITATE in the workshop, in the field, in the factory, until you arouse your brothers to hatred of the slavery of which we are all the victims. EDUCATE, that the people may no longer be deluded by illusory hopes of prosperity under any system of society of which monarchs or noblemen, capitalists or landlords form an integral part. ORGANISE, that a solid, compact and intelligent force, conscious of your historic mission as a class, you may seize the reins of political power whenever possible and, by intelligent application of the working-class ballot, clear the field of action for the revolutionary forces of the future. Let the ‘canting, fed classes’ bow the knee as they may, be you true to your own manhood, and to the cause of freedom, whose hope is in you, and, pressing unweariedly onward in pursuit of the high destiny to which the Socialist Republic invites you, let the words which the poet puts into the mouth of Mazeppa console you amid the orgies of the tyrants of today:

But time at last makes all things even,
And if we do but watch the hour,
There never yet was human power
That could evade, if unforgiven,
The patient hate and vigil long,
Of those who treasure up a wrong.