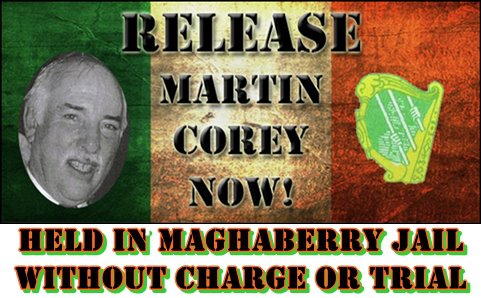 The decision by the British Secretary of State to have Martin Corey rearrested in Maghaberry Prison to block his release after a British court had ordered his immediate and unconditional release is disgusting and vindictive. The British and Irish media have also decided to ignore this scandalous British Government decision. Spread the word. Free Martin Corey Now!