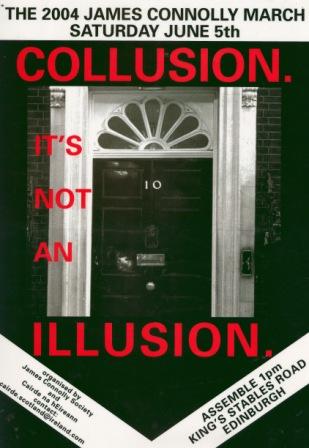 Back at the start of the 1980s, Ireland’s Moving Hearts collective attracted some attention by recording Jack Warshaw’s song “No Time for Love”.

On this side of the sea it was dismissed, often enough, as myopic and self-serving left-republican hyperbole. Deplorable, in other words.

When Christy Moore sang “the death squad can only get through to them/ if first they can get through to you”, most called it a pathetic excuse for IRA murders. A death squad, in Irish history and common parlance, enjoyed the sanction of the state, the deniable nod and wink. Britain didn’t do that.

When the Moving Hearts album came out in 1981, Pat Finucane had eight years of life left. Around the same time, a British intelligence outfit called the Force Research Unit (FRU) was coming into being at Thiepval barracks in Lisburn, in Antrim. The army’s Northern Ireland HQ was named for the French village where sons of Ulster went marching to the Somme. FRU had a different use for their Loyalist descendents.

Great crimes were plotted by army intelligence at Thiepval. Its officers were supposed to be running agents in the struggle against the Provisionals. Instead, they colluded in assassinations. In Britain’s name, they ran death squads. Finucane, with 13 other Catholics and two members of the Ulster Defence Association, was a victim.

The facts are horrible enough. On February 12, 1989, a sledgehammer went through the kitchen door of the young lawyer’s north Belfast home. With his wife and children in the room, a pair of men shot Finucane twice. Then they put 12 rounds into his face. Then MI5 went to work.

Along with the FRU, the army, and the Royal Ulster Constabulary, the security service had a system for clearing the ground when its Loyalist tools went about their tasks. Squaddies would cease to patrol when a “restriction order” was issued. After Finucane died that, like the existence of the death squads, had to be concealed.

The lawyer was defamed in death as he has been defamed in life. For years the journalistic tourist was fed the tale that Finucane was probably – no, make it definitely – IRA. You were supposed to understand that in a dirty war he got what he deserved. Sean O’Callaghan, former Provo and author of The Informer, provided a witness account to support the allegation that the dead man had been a member of a proscribed organisation.

I met O’Callaghan once. For a few years my small-enough connection to executed republican James Connolly, a distant relative, seemed to get me into encounters with people who needed history on their side. O’Callaghan was amiable, and regretful over his former life, but not too illuminating. I assumed that anything he truly knew was promised to his publishers.

It wasn’t hard to paint Finucane as a Provie. Where sectarian belief was concerned, the hard part was to imagine him as anything else. By 1989, one brother was a dead volunteer; another had been part of the great 1983 Maze break-out; a third had been engaged to Mairead Farrell, shot dead in Gibraltar. And who, among armed Republicans, had the lawyer not defended?

But even the police rejected the idea that Finucane was a member of the military wing, or of its civilian equivalents. Numerous inquiries, British and international, found no evidence he was anything other than a dedicated, effective human rights lawyer, with Loyalists among his clients, who was put to death for reasons of state.

But that’s the real point about “the Finucane case”, the FRU, and what David Cameron calls “shocking state collusion”: there has been no secret for a very long time. Everyone who cares knows what happened. If ministers did not know, that’s because – for such is Whitehall – they didn’t want to know. Yet what Finucane’s widow derides as a sham review by the Right Hon Sir Desmond de Silva QC almost guarantees the perpetuation of hatred. Justice denied makes the reaction certain.

What is known has to be said. What happened has to be faced. History, that baffling mess, has to be confronted. When you fail in the duty to truth, malevolence fills the vacuum. The evidence for that miserable proposition has been accumulating for generations.

Sometimes the people of the island of Ireland live up to their reputation for linguistic genius. Certain of them can compress five centuries of history, murder, mayhem, sorrow and regret into a single word. My favourite is “whataboutery”. It signifies the habit of answering every grievance with a sentence beginning, “But what about?”

When we both worked for The Observer, the great Mary Holland would sometimes share her grumbles. We were branch officers, each of us, in a colonial news-gathering operation. I couldn’t get London to pay attention to “this poll tax thing”. Over in Ireland, Holland reported: “They only phone me when a bomb goes off.” Only the obvious mattered. Reality got overlooked.

I thought about that last week. The big story for people in the north of Ireland is the one that isn’t being talked about. It’s not Finucane, big story as that is. It’s not the grievance over flags flown at Belfast City Hall, the Union version restricted to the same number of outings Stormont allows itself. The story is the census.

As of 2011, 48% of people in the north were “Protestants”; 45% were self-described Catholics. What was long-feared by Loyalists is coming to pass. The birth-rate can’t be gerrymandered. So they fear the future. So the flag of the state that doesn’t give a damn becomes truly symbolic. And if – just a thought – Scotland should vote for independence, their world will seem to crumble.

So 15 grown men approach a WPC in a car, crack a window, and chuck in a petrol bomb. This is patriotism, supposedly, not gangsterism, but the distinction is trivial. The little universe of Loyalism continues to disintegrate.

It need not. “Needless” is a big word in the history of a little province. Of all the needless things afflicting northern of Ireland while this baffled island looks on, the refusal to address the past, the what-happened that still makes thing happen, counts most. I’m not sure about truth, and hold out no great hopes for reconciliation, but there are enough facts to go around. It wouldn’t hurt to utter a few.

“Economic inactivity” in Northern Ireland runs at over 26%; youth unemployment is over 23%. That would be worth a riot, flags or no flags. But the statistics probably explain – James Connolly had some thoughts – why there is no shortage of hopeless, angry and easily-manipulated volunteers for a ruck over a flag.

When people took sides over that Moving Hearts song 30 years ago, everyone forgot the obvious. You couldn’t blame Christy, who sang his lungs out. The obvious was in the title: no time for love.

This article first appeared in the Sunday Herald.