As thousands of Orangemen march through Belfast today here is a few images to remind us what they are really all about. State media will not report their bigotry, racism and supremacist behaviour.  Of course the Orange Order and their ‘ignorant mob’ serve a purpose for the British state and for Capital. As James Connolly pointed out just two years after the bigots signed their covenant. And is there another country in Europe that would tolerate these triumphalist coat-trailing marches? Yes, Scotland. Which is shameful but Connolly understood that too.

“Let us remember that the Orange aristocracy now fighting for its supremacy in Ireland has at all times been based upon a denial of the common human rights of the Irish people; that the Orange Order was not founded to safeguard religious freedom, but to deny religious freedom, and that it raised this religious question, not for the sake of any religion, but in order to use religious zeal in the interests of the oppressive property rights of rackrenting landlords and sweating capitalists. That the Irish people might be kept asunder and robbed whilst so sundered and divided, the Orange aristocracy went down to the lowest depths and out of the lowest pits of hell brought up the abominations of sectarian feuds to stir the passions of the ignorant mob. No crime was too brutal or cowardly; no lie too base; no slander too ghastly, as long as they served to keep the democracy asunder.” James Connolly, Labour and the Proposped Partition of Ireland, 1914. 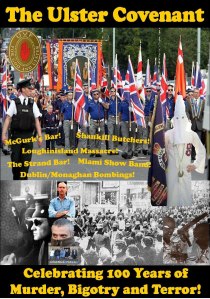 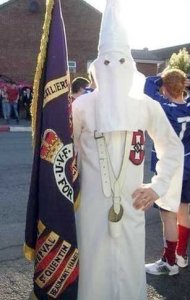